My first experience with formal herbal medicine was while living in Japan.

Of course, we all have our own personal herbal home remedies  handed down throughout generations which are now classified as "alternative"; as if subordinate to conventional Western medicine.

Nevertheless, whenever we are inflicted with common illnesses such as a stomachache or the common cold it is still our home herbal remedies that we go to first for relief. Conventional medicine is only considered if the situation seems excessive, severe, dire or chronic.

Personally, I only find myself seeking out conventional solutions to my illness issues when my immune system becomes compromised -- which generally occurs during the change of seasons and its accompanying temperature fluctuations.

Being tropical means that I have spent a large percentage of my life at a somewhat steady temperature, only experiencing cold (actually chilliness) when at high altitudes or during extreme weather patterns. So it is no surprise that I have yet to acclimatise to the idea of seasons changing, as beautiful and significant as experiencing these transitions may be and I probably never will.

This is why, over the past month, in spite of a steady supply of Vitamin C and Elderberry I found myself once again afflicted with the dreaded incurable common cold.

This is where Kampo comes in. 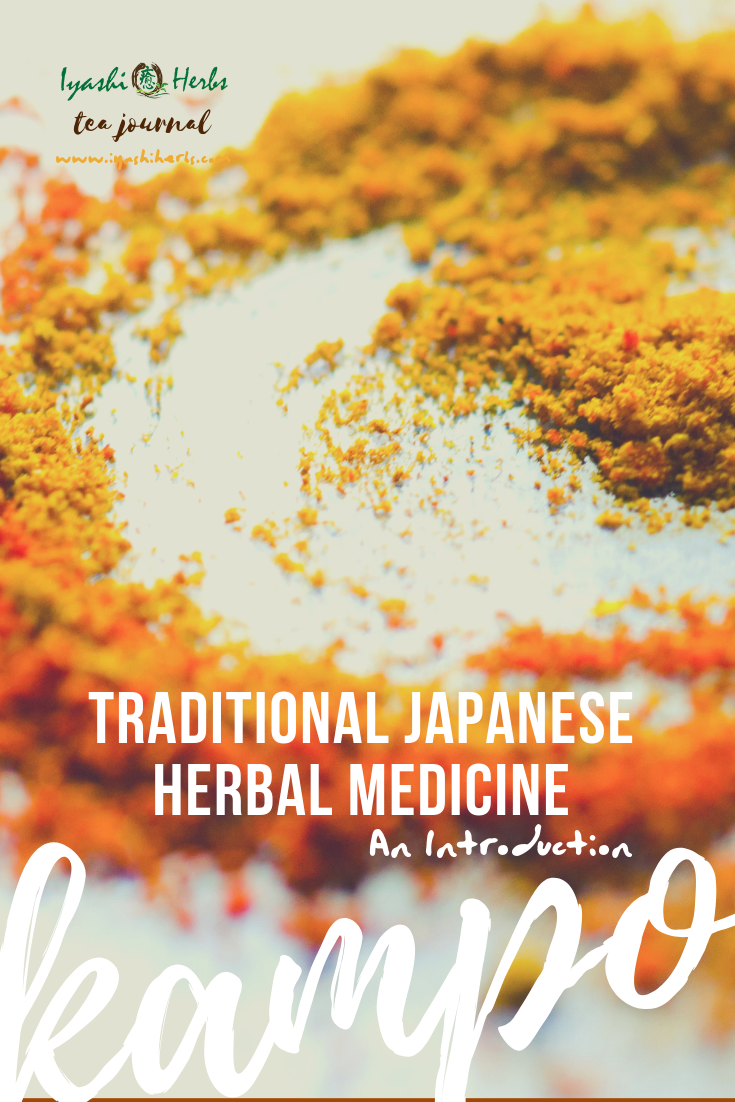 What exactly is Kampo?

Kampo, also known as Traditional Japanese Herbal Medicine, is a standardised multi- herb therapeutic tradition developed uniquely in Japan over 1400 years; Its roots are in Traditional Chinese Medicine. This particular medical system is organised based on the reactions of the human body to therapeutic interventions.

The fundamental knowledge of herbal medicines came to Japan via buddhist monks who travelled to China in the sixth and seventh centuries. Interestingly, similar pilgrimages to China by buddhist monks form the genesis of the Japanese tradition of tea consumption and tea ceremony as well.

Traditional Chinese Medicine even lists the tea plant (Camellia Sinensis) as one of the top 50 fundamental herbs along with cannabis sativa.

The tradition of herbs and tea are one and the same.

What drew me to Traditional Japanese Herbal Medicine was the fact that Kampo Therapies are personalised for the individual and they focus on restoring balance to the entire organism.

In Japanese thought and language, the mind and body are considered to be inseparable and interrelated. This means that in order to restore balance and harmony both mind and body require attention.

What I also find fascinating about Kampo is that it presently enjoys wide support by the public who see it as a reliable therapy for its scientific evidence and flexible therapeutic approaches.

The legitimacy of Kampo medicine is further evidenced by its inclusion in educational programs for medical students and its practice by medical doctors who have profound and scientifically based understanding of both conventional and Kampo medicine, which brings great benefits to patients.

My experience with kampo so far has been limited to treatment for a stomach bug almost a decade ago and the average cold once or twice a year. Nevertheless, I am encouraged by how acceptable herbal medicine is over here and I look forward to unearthing and sharing more about Japanese Herbal remedies and traditions.